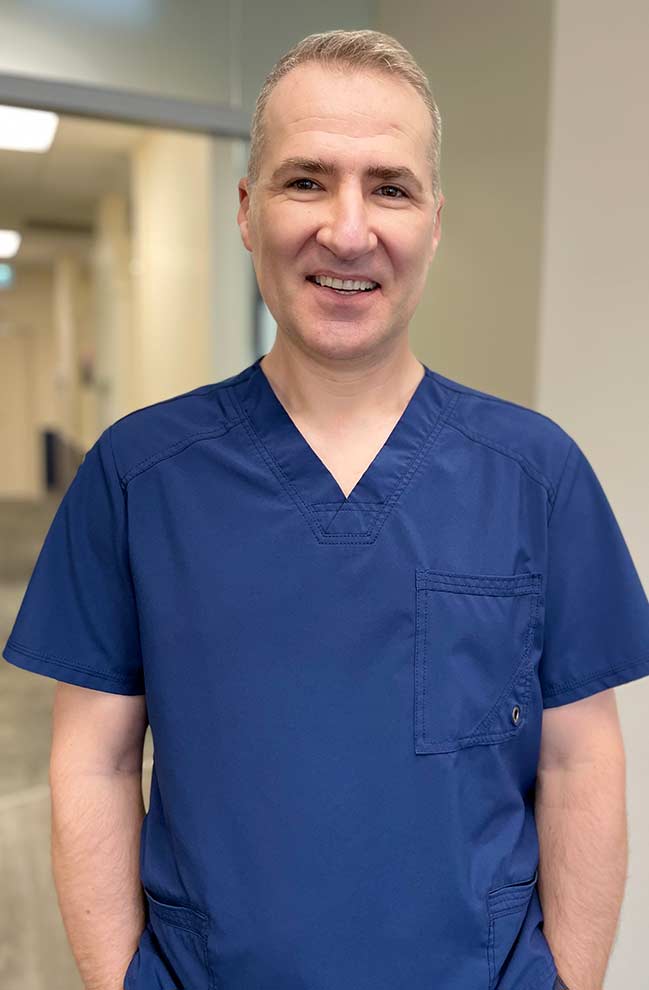 Dr. Roman Koutsil was born in the Ukraine in the city of Dolyna. When he was 21, he moved to Canada, and he has now been a Canadian longer than a Ukrainian. However, he still can’t shake his strong Ukrainian accent.

Dr. Koutsil graduated from the College of Dentistry at the University of Saskatchewan in 2006. He then moved to Alberta with his family, where he began his first dental practice in High River.

It was during 2009 that he additionally worked part-time at the Shawnessy Plaza Dental Clinic with Dr. Doug Patt. He subsequently took over the clinic and in early 2017, it has now became known as Shawnessy Smiles Dental Clinic.

Roman is married with 2 older kids, lives on an acreage outside of Okotoks and has adopted the nickname by friends of “Farmer Dentist.” In his spare time, he enjoys playing hockey in a men’s league and a good game of chess.